In traditional Chinese folklore, there was once a high mountain in China that was full of precious herbs yet few people dared to climb it to pick them because the route was so perilous.

One day, a young man accepted the challenge to climb the mountain to obtain some herbs after boasting to his friends that he was the bravest of them all.

When the young man told his mother his intentions to climb the treacherous mountain, she strongly disapproved at first, but eventually gave in saying “You are my only son and I will be all alone once you have gone. Since you are already engaged, why don’t you marry first before you leave so at least I wouldn’t be alone?”

The young man agreed and got married. He knew he would be away for a long time as the route was so hazardous, so upon his departure, he told his wife that if he failed to return in 3 years, then she should remarry.

The first year had passed but the young man did not return, nor did he return in the second, nor in the third year. So the young man’s mother told her daughter-in-law to remarry. The young woman was very doubtful at first but later succumbed, thinking that her husband had died on the mountain.

Only after a few days of her marriage and much to the surprise of everyone, the young man unexpectedly returned to the village. He had brought back many precious herbs and caused a buzz of excitement amongst his friends as he started to hand them out. Amidst all this commotion, the young man became concerned of his wifes’ absence and after inquiring, discovered she had remarried.

Heartbroken and full of regret on his failure to return after 3 years, the young man asked to meet his former wife. However, the young woman had fallen seriously ill on hearing of his return. In desperation, the young man decocted a herb that he had picked which was well known as a excellent tonic for women and gave it to her to drink. This cured her illness in a matter of days.

Dong Quai is from the apiaceae (or umbelliferae) family which is commonly known as the celery, carrot or parsley family. It grows at high altitudes in the cold, damp areas of China, Korea, and Japan. The plant is is a perennial and can grow up to 1 m (3ft 3in) by 0.7 m (2ft 4in).

Its stem is round, grooved and hollow-fluted. It has flowing design that branches out with rich, green serrated leaves and umbrella-like clusters of white flowers which bloom from May to August and winged fruits in July and August.

The leaves of the Dong Quai plant resemble those of carrots, celery, or parsley and has yellow-brown bark and a yellow-white cross section. 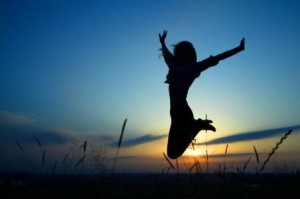 Widely used in Traditional Chinese Medicine (TCM) and combined with other herbs, Dong Quai has been consumed for many centuries and is a favorite in Chinese formulas for women’s health but is equally beneficial for both sexes. In TCM, it is often used to treat  ‘time-of-the-month’ cramps, restore female hormonal imbalance and to improve circulation.

The powerful root has earned the reputation as the “Supreme Woman’s Root”; the “Supreme Female Tonic” and the “Ultimate Herb for Women” in restoring health and balancing the body in all cycles and rhythms of a women’s life.

Dong Quai is essentially used before and after menstruation as it has anti-spasmodic properties which eases cramps and other symptoms of PMS.

It dilates your blood vessels to increase the flow during your monthly cleansing and helps replenish blood levels after your period has ended.

It contains zinc and calcium which are often needed in women who suffer from PMS. 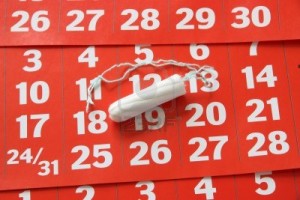 Women who stop taking birth control pills may also find Dong Quai beneficial to encourage a regular menstrual cycle and to balance the hormones. It has the ability to control your oestrogen levels if they are too high or if they are too low so it is beneficial to menopausal women where oestrogen levels are decreasing. Can help in reducing hot flashes, irritability, and mood swings caused by the menopause.

Women who suffer from amenorrhea (absence of periods), vaginal dryness, endometriosis and weakness after childbirth may also benefit from this herb as it can strengthen your internal reproductive organs, ovaries and womb and help warm a ‘cold uterus’.

It has been used for many years by Chinese woman as an age-defying remedy due to its healthy levels of Vitamin E. It helps to increase circulation, improving your complexion and aids detoxification to clear blemishes, whilst enhancing concentration and memory to keep you youthful and beautiful! 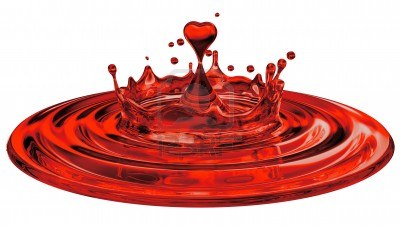 Dong Quai is recognised as one of the most important blood tonics in TCM because it can eliminate patterns of blood stagnation which helps to dissolve blood clots.

This is due to the incredibly high levels of vitamins and minerals such as vitamin B 12, vitamin E, vitamin A, folic acid, folinic acid, nicotinic acid, biotin, magnesium, iron, calcium, zinc, phosphorus, potassium, selenium and sodium.

It is a well respected heart tonic in the East, as it can increase blood circulation, regulate blood sugars, improve coronary functions and stimulates and increases the production of red blood cells.

Those who suffer from anaemia or recovering from an injury or surgery could benefit from this. The overall effect is soothing which can help stabilise minor abnormal heart rhythms and relaxing the heart muscle to relieve stress on the heart.

Can enhance female fertility by increasing the overall circulation to your uterus, ovaries and entire reproductive system. Can stimulate your reproductive organs while nourishing, toning and relaxing your uterus simultaneously. It can also help nourish and oxygenate your ovaries and eggs in preparation to conceive.

Not restricted to women, Dong Quai can also help boost male fertility as it contains ferulic acid, an antioxidant that has been shown to improve sperm quality.

Dong Quai has anti-rheumatic properties and has been used to treat diseases such as arthritis and rheumatism. Made into a topical press, it penetrates deep to reduce inflammation, easing aches and pains by removing toxins and stimulating circulation to alleviate pressure  on the area.

* Contains anti-viral and anti-fungal properties to help your body resist and fight bacteria. This is due to the selenium mineral levels which helps to build your body’s natural barrier to disease. In addition, Vitamin E is also present in Dong Quai to help the absorption of selenium and contains silica to help tissue repair.

Dong Quai can act as a mild laxative and can be used to treat constipation.

It has a soothing property that can stimulate the central nervous system and help relieve stress and calm the nerves.

It helps to protect and strengthen the liver by dispersing stagnant energy and clearing toxins.

Dong Quai has also been used to treat certain skin conditions such as eczema, rosacea (enlarged blood vessels that gives the cheeks and nose a ‘flushed’ appearance), neurodermatitis (dermatitis found especially on back of neck and forearms and outer part of ankle), pruritis (itching in the skin), hives (itchy skin eruption) and vitiligo (pigment lost from areas of the skin causing white patches). 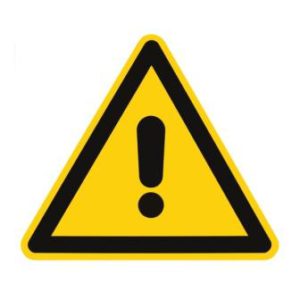 It is not recommended for pregnant women especially during the first trimester as it can cause the uterus to contract and increases the risk of miscarriage. Also should not be taken whilst breast-feeding.

Should not be used for those who suffer from abdominal bloating, chronic diarrhoea, heavy periods and other bleeding disorders such as hemorrhagic disease.

Dong Quai contains anti-coagulant (blood-thinning) properties so should not be taken with blood thinning drugs such as aspirin, heparin and warfarin as it could raise the risk of bleeding.

Women who have cancer of the breast, ovaries or uterus and men who have prostate cancer  should avoid taking this herb as it contains small amounts carcinogenic chemicals.

High doses of Dong Quai can cause photo-sensitivity (sensitivity to sunlight) and lead to  greater risk for skin cancer, especially to those who are fair-skinned. Extra care should be taken when combined with St. John’s Wort as it is also a herb known to increase photo-sensitivity.

Strict supervision should be undertaken when other herbs are combined with Dong Quai. These include: