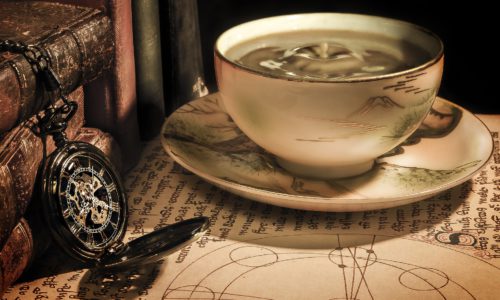 Whether you prefer it green, black, iced, loose, tea-bagged, with milk or sugar, spiced, pulled or even canned – drinking tea has become an intrinsic part of everyday life and highly treasured from every corner of the earth through various cultures and generations.

From tales of legends and the travelling of the seven seas, to meditating monks and botanist spies to tales of smuggling and revolution, the history on tea is one that is an epic journey steeped in adventure and intrigue.

Many traditions and folklore say that tea was accidentally discovered by the mythical Chinese Emperor Shen Nung in 2737 B.C, when nearby tea leaves from the camellia sinensis plant landed in his pot of hot water in which he drank from.

The resulting pleasant infusion not only tasted good but stimulated the senses…. and the rest is history as they say!

He is thought to have taught the Chinese the arts of agriculture and medicine and is regarded as the Father of Chinese medicine. Legend has it that he had a transparent abdomen so that he was able to follow the movements and notice the effects of food and drink that he consumed.

Notoriety Of Tea In China

By the end of the third century, tea had become China’s number one beverage as it was revered  for its health benefits attributed to it. As time progressed, tea ceremonies emerged and drinking tea shifted from merely medicinal functions to pleasurable social functions.

From there, tea spread to Tibet, Mongolia, Korea and Japan and by the eighth century, the Chinese were trading their tea across the globe to the Arab lands and the West, to the Turks, to the nomadic tribes of the Himalayas and along the ‘silk road’ which stretched from China to the Mediterranean.

Around the early 9th century, tea was introduced to Japan by Japanese Buddhist monks who had travelled to China to learn and study its culture.

They realised the benefits of this intriguing beverage when they noticed the Chinese monks were able to stay alert during their meditations.

Tea drinking then became an important part of Japanese culture as the development of tea ceremonies also emerged there and drinking tea became a social event both outdoors and in private homes.

The Japanese prefer their tea green, dried then powdered to make the popular Matcha tea.

The Dutch Set The Trend

Portuguese traders and missionaries were probably the first Europeans to try tea and bring back samples, but it was the Dutch who were the first to ship it in bulk to Europe at the beginning of the 17th century.

They had developed trade relations with China and had established a trading post on the island of Java.

It was via Java, in 1606, that the first shipped distribution of tea from China to Holland was made by the Dutch East India Company (considered the first ever mega-corporation).

The history of tea in Russia can be traced back to around 1638, when tea was offered as gifts by the Chinese to Tsar Michael I.

By the end of the 17th century, China and Russia engaged in trade relations and after a trade agreement in 1689, tea was regularly imported in exchange for furs, via caravans of hundreds of camels travelling the year-long journey.

Thus making tea a precious commodity at the time and establishing alliances between the East and the West.

The Russians generally prefer their tea black, loose-leaf and sometimes with lemon and even jam.

A Princesses Love Of Tea

Tea was then introduced in Britain around 1660 and the importing of tea began with the marriage of King Charles II to the Portuguese princess Catherine of Braganza.

She was a big tea enthusiast and bought her love for the drink to the country and established it as a fashionable beverage amongst the nobility and wealthy.

The diarist Samuel Pepys recorded his first taste “of tee, a China drink of which I never had drunk before” in September 1666 – and less than a year later he was drinking it at home.

Tea had still remained a luxury partly because of the high taxes imposed on its import. A pound of tea back then would have cost the average labourer the equivalent of nine months in wages!

Taxes on tea started off quite low but when they increased to 100%, cautious housewives kept their supplies of tea under lock and key in special boxes called ‘caddies‘ – which derives from the Chinese ‘catty‘, a standard weight of 1⅓lb (600g).

Taxation of tea lead to tea smuggling during the 18th Century which in turn led to it being more affordable to the masses. However, the poor quality control resulted in the leaves being adulterated by corrupt merchants often mixing it with sheep dung, rat droppings and even toxic copper carbonate to make the colour resemble more like tea!

By 1785, the British government removed the tax on tea thus stamping out the smuggling trade.

Tea instantly became Britain’s most important item of trade from China and by 1750, it had become the most popular drink in Britain.

Racing On The Seven Seas

With the growth of imports to the West, the development of fast sailing ships like the ‘Clipper’ were introduced.

These huge three-masted ships of American design massively decreased the time it took to sail from China to Europe, and sea captains would race each other to be the first to reach home port and win the most money. This lead to the famous clipper races of the 1860s.

Starting from the China Sea in the Pacific Ocean, then the Indian Ocean, into the southern tip of Africa into the Atlantic Ocean and finally to the English Channel.

Scores of bets were placed on the outcome of the thrilling races from London to Hong Kong and around the ports of Britain as it wasn’t just a test on sailing but the skilled and competent management of port departure.

Tea drinking transformed into a social pastime and eventually the ‘afternoon tea‘ became part of British culture. The phrase ‘fancy a cuppa?’ has been used in times of crisis and healing in many of the infamous British soap operas. Any issues or problems are always discussed over a cuppa – building bonds and friendships in the process.

Since tea was introduced into Britain, it has been credited for its healing properties. This is reflected in a few of the famous British brands names. PG (Tips) is said to stand for ‘Pre-Gestive’ as it was drunk before eating food as a digestive aid. Typhoo means ‘doctor’ in Chinese.

The Brits generally prefer their tea black, in tea-bags with milk and often with sugar.

India attributes the discovery of tea to the Buddhist monk Siddhartha (a.k.a Buddha) in the sixth century AD. One gruesome legend tells the story of the prince-turned-monk who is said to have fallen asleep seven years into his nine years of mediation.

Waking up furious for having slept and thinking that this was an unforgivable weakness, he tore off his eyelids and buried them in the ground. It is said that this is where the first tea plants sprang up at the same place to enshrine of his sacrifice.

From the mid 17th century until the 19th century, Britain imported all her tea from China.

Although the Chinese were willing to trade with Britain, they were certainly reluctant to trade information about growing tea.

So in 1848, in an attempt to break the Chinese monopoly on tea, the venerable British East India Company (the dominant trading power at the time which helped in creating a powerful and wealthy British Empire) sent a Scottish botanist ‘spy’ Robert Fortune on an undercover mission to steal tea plants from China and smuggle them back to India in order to further control the market.

Disguised as a Chinese merchant, he managed to steal more than 23,000 young plants and 17,00 seedlings with the help of eight Chinese tea-workers.

Legend holds that he and his entourage walked the perilous and hazardous journey from China to India with the precious merchandise that facilitated in India becoming one of the largest tea producers in the world and ending the reliance on Chinese grown tea.

By the 1820s, indigenous tea bushes had been discovered growing wild in Assam (northern India) by the British colonists which were already being traditionally brewed by the native Singpho tribe.

This led the British East India Company to begin mass production of tea in Assam and later into Darjeeling and subsequently in Sri Lanka (then Ceylon which was another British colony).

Towards the beginning of the 18th century, the love of tea arrived in America and quickly became a desirable drink.

Tea played a crucial role in the American Revolution as the British Empire placed taxes on the tea supply to the colonies of North America who were under their power.

When the tax was extended to cover tea imports to the colonies, hundreds of Bostonians threw 32 cases of the first shipments of taxed tea into the harbour on the night of 16 December 1773.

This was a major factor in the revolution and the formation of the Boston Tea Party whose struggle for independence marked the beginning of the American War of Independence.

‘Iced tea’ is the preference for the Americans – cold and black with lots of sugar or sweeteners.

The Newest Kid On The Block

Like India, tea was bought to Africa due to British colonialism and tea plantations were established in several British colonies that were notable for their rainfall, altitude and soils.

Malawi was the first African country to be involved in tea production, establishing the first commercial plantations during the 1880s.

Kenya was the next to follow when in 1903, a European settler named Caine planted the first tea seeds from India on a two-acre farm there.

Since then, Kenya has become Africa’s largest producer of tea and is the third largest producer in the world, after China and India. [Source] Not bad for a relatively newcomer to growing tea.

How do you prefer your tea? Green, black, loose, bagged, spiced or perhaps something that isn’t mentioned here. The humble cup of tea has certainly had a colourful and intrepid past. I hope you enjoyed the read and found the history as fascinating as I did!

Journey Into A History On Tea – A Surprising Tale Of Adventure And Intrigue was last modified: May 15th, 2022 by Teresa M
Summary 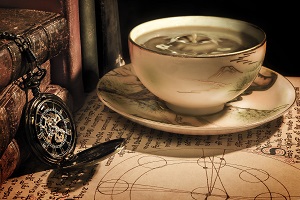 Article Name
A History On Tea - A Surprising Tale Of Adventure And Intrigue
Description
From tales of legends to meditating monks & botanist spies to tales of smuggling & revolution, the history on tea is an epic journey of adventure & intrigue.
Author
Teresa M
Publisher Name
Blending Herbal Tea
Publisher Logo 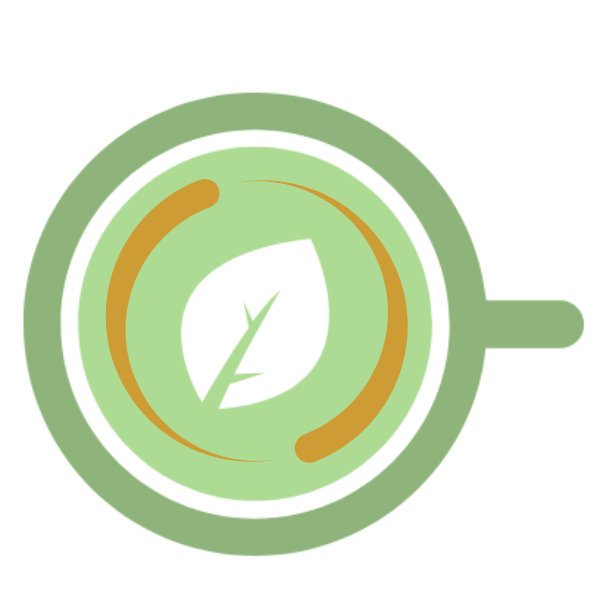