What Herbal Teas Help You Sleep? 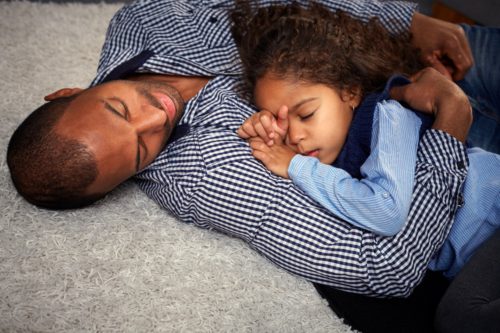 Sleep deprivation starves us of a good night’s rest and affects nearly a third of the population. It’s not surprising given the fast-paced, sometimes stressful lifestyles that we live…and with the search for better alternative solutions, we ask – What Herbal Teas Help You Sleep?

Sleep is a peaceful sanctuary from the hustle and bustle of life we live in, which naturally helps restore your body, mind and soul, in order to battle another day. This maybe so for those who can fall asleep easily, but for the predominant number of us, this isn’t the case.

Lack of sleep or insomnia, can weaken your immune system, making you more prone to illness as it can slow your body’s process to heal itself and re-build new cells. The feeling of grumpiness, constant fatigue, irritability are some of the side effects which can lead to higher stress levels and even depression.

Whether you’re tossing and turning, or you fall asleep but wake up repeatedly during the night, or wake up and can’t fall asleep again, help is at hand. Herbal teas are a more natural method of helping you ‘drift off’ rather than taking synthetically man -made substances and there are a number of herbal tea blends that can help to combat sleep deprivation.

Try some of these herbs to aid a better night’s sleep…….zzzz….zzzzz…zzzzzzz.

Not just for cats, Catnip is known as the “anti-stress herb” and can be consumed by humans too! It has a soothing and relaxing action on your nerves to help promote restful sleep.

It can ease internal stress, nervousness, soothes digestive problems and can stop internal spasms. It can be used in eliminating indigestion, heartburn and gas, which are some of the symptoms from eating a big meal before you go to bed, especially if it was a late night curry!

Known as the “all around comforter”, it has a natural sedative and can be used to aid sleep, help combat insomnia, sleep disturbances and anxiety.  It is considered one of the best herbal teas to use in order to promote a good night’s sleep as it can help relax muscles.

A chemical found in the plant, called  apigenin, calms the central nervous system and can soothe frayed nerves before bedtime and make it easier to drift off to sleep. Because of its powerful soothing and calming effects, it is safe to use on irritable babies and restless children.

Known as the “good night flowers”, hops are more commonly used in beer to give its distinctive flavor, yet it has a long history of being used as a sedative. It is often used in night-time herbal tea blends to aid in restful sleep and the Meskwaki Indians of Native America used hops in pillows to induce sleep which are still used today.

Know as the “nerve balm”, it is often used to treat anxiety and stress which are the main culprits of restless sleep. It can be traced back to the Middle Ages when it was used treat these common problems as it has a natural sedative and anti-depressant actions.

Known as the “herb of harmony”, the aroma from this plant comes from airborne molecules called linalyl esthers (oils that stimulate the olfactory nerve in the brain) and helps calms the central nervous system.

It has a reputation of being a mild tranquilizer and is widely used to ease anxiety, tension, headaches and dizziness due its anti-spasmodic properties.

Known as the “herb of tranquility”, it contains tranquilizing compounds that improves circulation to your nerves and helps tones the nervous system. Good for all nervous disorders such as irritability, nervous tension and agitation.

A cup of this herbal tea blend can ease anxiety and aid sleep without the feeling of drowsiness the next day. It is also known to increase vivid dreaming when combined with other relaxing herbs!

Known as “nature’s tranquilizer”, this herb is a natural sedative and anxiety healer and can help soothe the brain and nervous system (but shouldn’t be taken with sleep-inducing drugs as it will enhance their effect).

Nicknamed ‘Phu’ due to its odd and unpleasant aroma, Valerian contains chemicals called valepotriates, that gives its sedative effects.

Do you have trouble sleeping? Have you used herbs to help? Which ones did you try? Did it work for you? I’d love to hear your thoughts, comments and experiences on this. Thanks for reading and peace be with you. 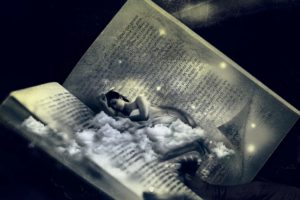